What do you get when you combine a 10k race, lululemon, apple and ice cream? $27,053.20… for young adult mental health programs at Stellaâ€™s Place, woohoo! An all-around rewarding recipe for both fundraising and community building as well as a confidence boost for Stellaâ€™s Place participants who competed in the race.Some 900 people ran for and / or supported Stellaâ€™s Place through donations and volunteer work at the Toronto Waterfront 10k on June 16th. Thanks to the title sponsor, lululemon athletica, Stellaâ€™s Place was selected as partner charity for this run. 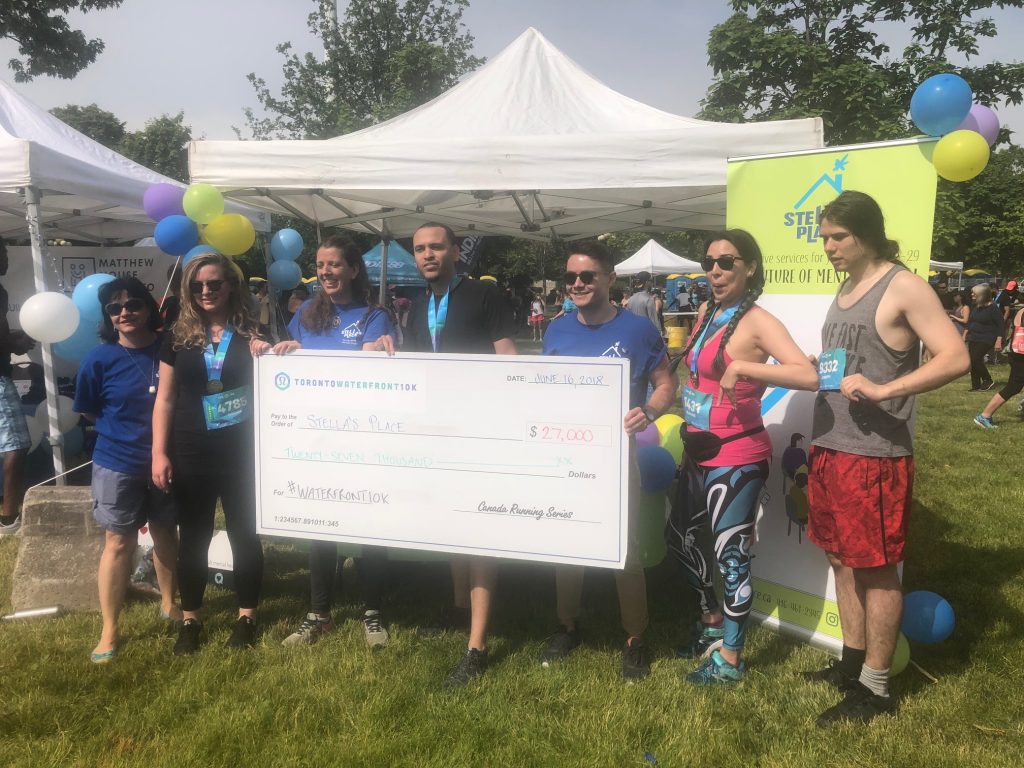 13 participants and staff from Stellaâ€™s Place signed up for the Waterfront race, and for many it was their first time ever to attempt a 10k. â€œI actually accomplished something this year,â€ reflects Joseph Zaleski who completed the race in 55 minutes and 55 seconds. â€œI had a lot of things that didnâ€™t go well this year. Now I can tell everyone I ran a 10k. I felt powerful. My dream is in two years to do a marathon.â€

Joseph credits his fitness instructor at lululemon, Pedro Malvar, for keeping him at a consistent pace. 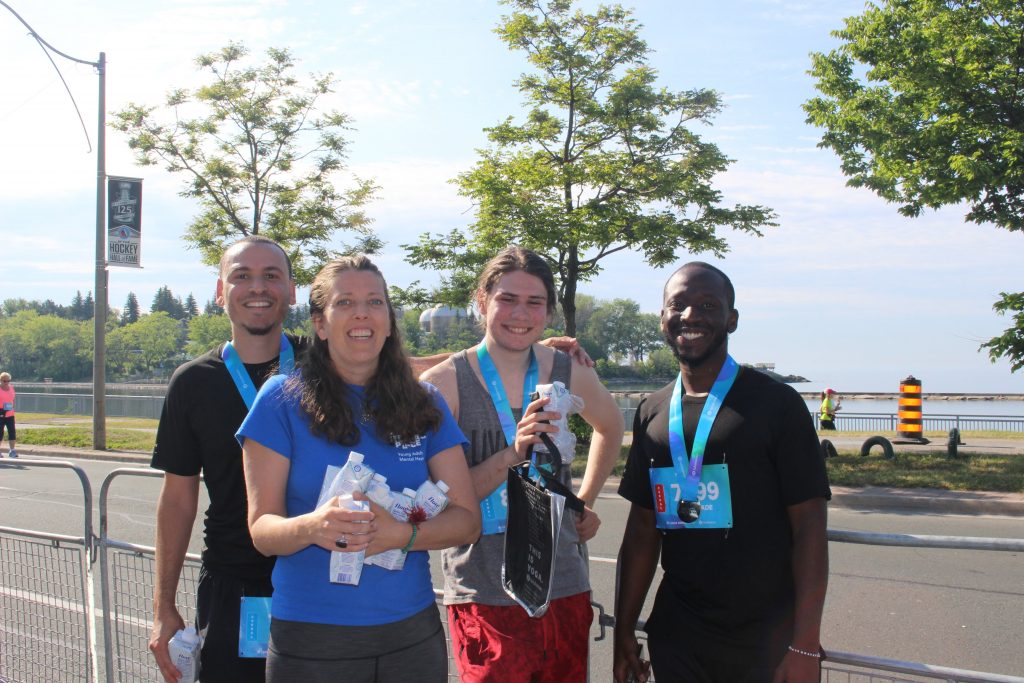 The lululemon store on Queen Street West has partnered with Stellaâ€™s Place and is offering free yoga and fitness classes for Stellaâ€™s Place participants on their premises. Leading up to the race there was an additional incentive: free ice cream! For three months, iHalo Krunch, known for its trend-setting charcoal ice cream, ran a pop-up shop at the store donating proceeds from their sales to Stellaâ€™s Place. Sweet!

â€œWe chose not to accept tips at our shop and instead match each monthâ€™s donation jar amount to support the local community in addition to donating a portion of our proceeds. Our â€œice cream solves everythingâ€ mantra represents this notion. lululemon is such an inspirational brand, and as a startup, we recognize that everyone is capable of improving the lives of others, and even a small donation can go a long way,” says iHalo Krunch founder Charlene Dâ€™Aoust.

Some 25 volunteers from the Stellaâ€™s Place community as well as the Apple Inc. Burlington group supported the event as well, rising early to be at their posts before 7 am. They did not mind at all. â€œI think I gave over 1,000 people a high five and a bottle of water. My hands were sore but my heart was full,â€ says Stellaâ€™s Place Director of Development, Cath Dyer. 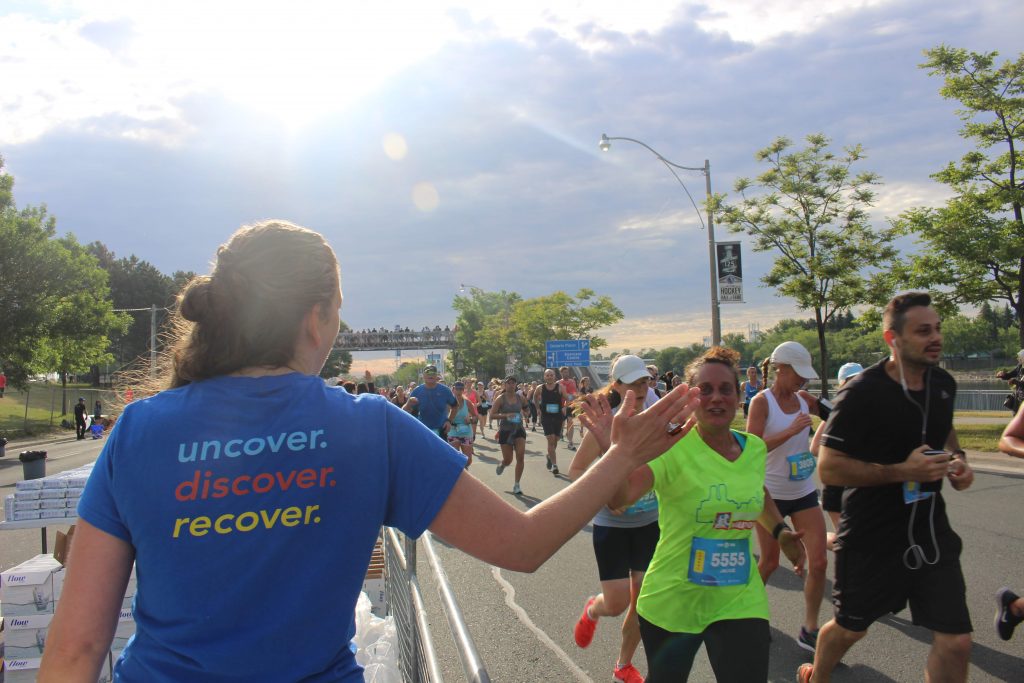 Her sentiments were echoed by Joseph Doornick from Apple: â€œThis was an amazing event! One of my most memorable takeaways from the race was the cyclists we had at the beginning “running” the race. It was so amazing to observe that whether or not you have the use of your legs, you can still partake in this awesome event. Blessings to ALL!â€

We deeply appreciate the generosity and efforts of the many people who contributed to this success. Special shout-outs to the amazing team at lululemon and the folks at Canada Running Series, particularly Erin Roza, who was there for us every step of the way and made event organization look easy.

Thank you one and all. You rock!