For the first time in months, I feel like I am starting to get my life back on track.

It all started when I was 11 years old. It may be hard to think that an 11 year old has problems going on. Most of us would probably say “just wait until you get to high school” or “you don’t have anything to worry about, you’re just a kid”. Well, that isn’t how we should react, because you don’t know what they may be struggling with.

For me, it was the need to be accepted and to feel like people appreciated me. Back in 2006, everyone joked about being an “emo”, which was what you were if you expressed any sadness. But people didn’t understand that I was feeling exactly what they were joking about.

The sadness continued until grade 10 when my school intervened. Things had become so out of control, that they found out. But I f they hadn’t intervened, I don’t know how far I would have made it.

For a while, I was doing well.  I was in university, I had a job that I loved working with children, and I was happy. And then one day I got a phone call about a death in the family, and everything changed. I was losing everything one after another, including the job that had become my happy place. I fell into an endless pit of extreme depression; and old behaviours returned. I felt hopeless and wanted to give up on everything.

A few months later, I was lucky enough to find a ticket to a program called Dialectical Behavioural Therapy. The program lasted for a year, and just when things were starting to get better the program ended, and I had yet another loss to deal with.

I hit another very dark place. I was bouncing from hospital to hospital trying to get help, but no one would help me. And then when I was discharged from one emergency room, I was given a form about a new place that had opened up. It was for people struggling with mental health. So after my appointment with my psychiatrist, I decided to check it out.

Upon arrival, I was greeted with a friendly smile, and was introduced to a number of people. After a few questions and a tour, I felt hopeful and at ease; a feeling that I haven’t felt for years. I am so grateful to have a place where I know I can be safe, as well as be free to participate in many activities to help with my mental health. The atmosphere is filled with care, comfort, and support, and that’s how I know that I have found my new happy place at Stella’s Place. 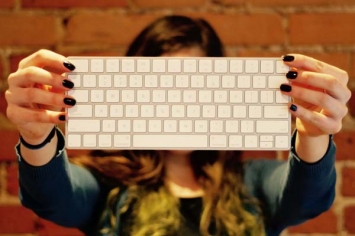 Sign up to receive information about our upcoming events, success stories and impact at Stella's Place.

We want to stay in touch, but don’t worry, we don’t send too many emails and you can unsubscribe any time.

News updates for our supporters