by Young Artists of Bravo Academy 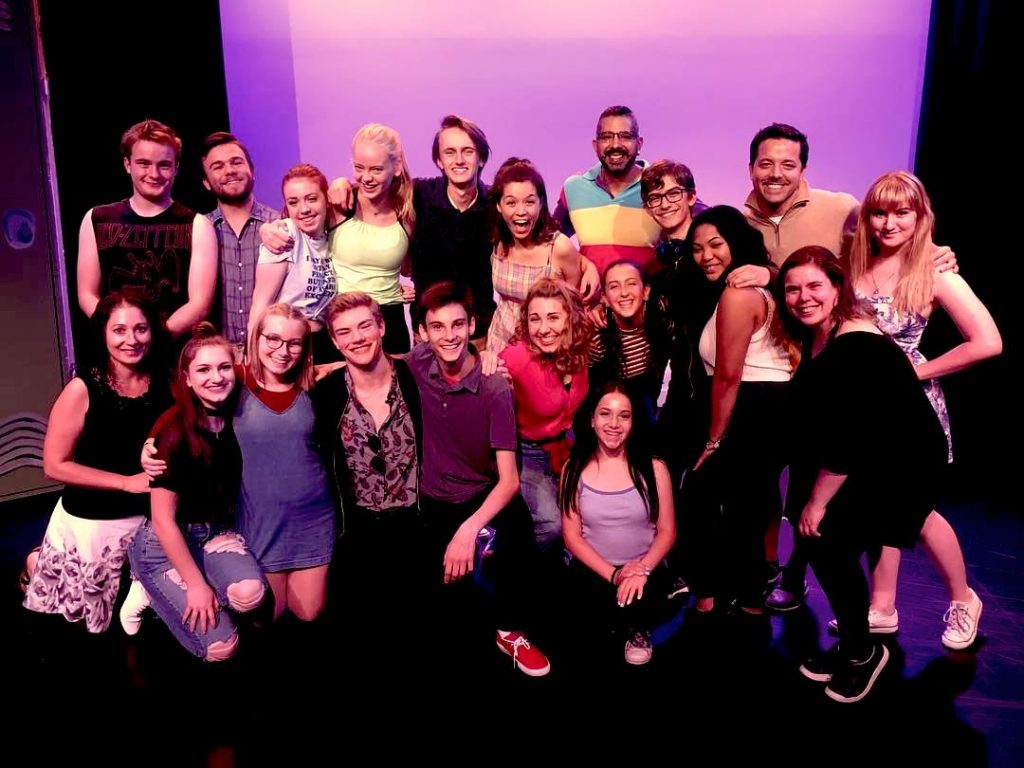 At Bravo Academy, we pride ourselves on providing more than just a performing arts education. Theatre is an outlet for the stress of the outside world, a community that comes together and supports their own, and a positive space to explore identity and make strong connections.

Our staff see and hear our students’ struggles every day. We’ve heard stories from parents and students alike about the pressures they face at school, at home, in their peer groups, and on social media.

That’s why we chose ​Be More Chill​, a popular musical, for our summer teen production. The story follows Jeremy Heere, a high school student searching for his place in the social order. The opening number (“More Than Survive”) follows him on a typical day, in which he is bullied or invisible to his peers; he sings,

I’m more the one who’s left out

Of all the characters at school,

I am not the one who the story’s about

Why can’t someone just help me out

And teach me how to thrive

Help me do more than survive

Jeremy learns of a pill (called a S.Q.U.I.P.) that will implant a micro-computer in his brain, which will speak to him and tell him how to be cool. As the story unfolds, Jeremy abandons his “uncool” best friend, pursues the girl of his dreams to no avail, and learns that the computer has designs on world domination.

The story has a happy ending – best friends reunite and the evil computer is defeated – and concludes with a song called “Voices in My Head.” The cast of teens acknowledge that there will always be external pressures in their lives telling them how to act – be cooler, be sexier, be anything but yourself – but only one voice really matters: your own.

Be More Chill​ has an overwhelming fan base, mostly teens and young adults. Our own students participating in the show (ages 13-19) identified so strongly with the story, and found so much of their own lives within it, even with its sci-fi side plots. Our short run quickly sold out.

Tomorrow is opening night and we are SOLD. OUT. Can’t wait for everyone to see this amazing show!

Our cast and crew voted on which charity to support, and overwhelmingly chose Stella’s Place, due to their incredible mental health services for young adults. All proceeds from our snack bar went to Stella’s Place, as well as several cash contributions. The importance of youth mental health resonated so strongly with our community that we are currently developing a new teen musical on similar themes.

What a great first read-through for Studio Troupe! Excited to get to work with this awesome team of young artists!

We are so grateful for Stella’s Place, providing quality services to people like our students. Every young person should have the opportunity to do “more than survive” and Bravo Academy is thrilled to have played a small part in making that a reality.

This inspiring group of young adults, members of the artistic team of @bravo_academy, raised money for Stella’s Place through their production, Be More Chill. The show touched on the social difficulties of teenage life, particularly as it relates to mental health and social anxiety. We thank the entire staff of Bravo Academy Music School and the young philanthropists for believing in our work. You rock!