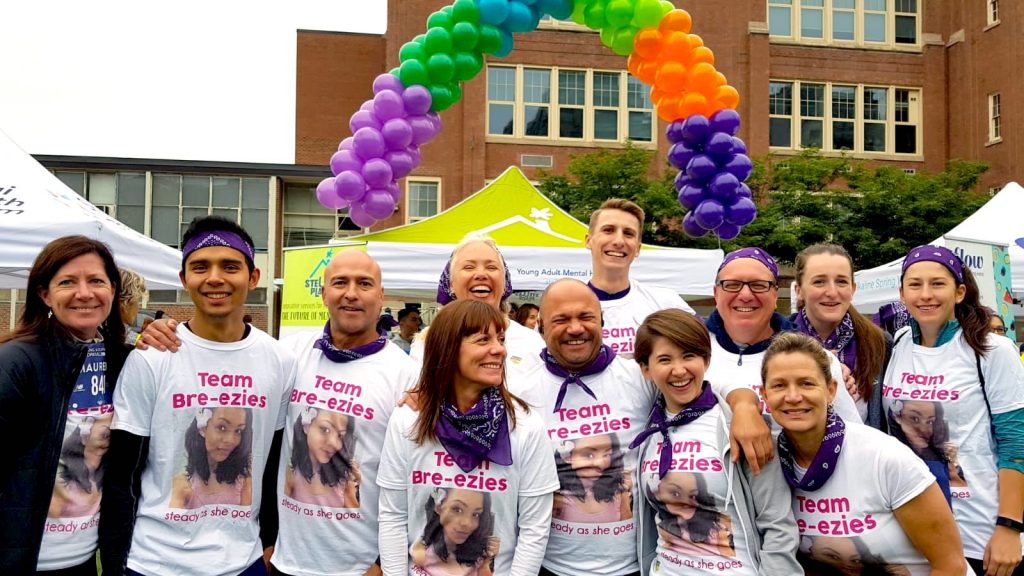 My daughter Breana began showing signs of mental illness when she was 16, turning 17. A year later she was officially diagnosed with Borderline Personality Disorder, depression and anxiety after seeing a psychiatrist at St. Mikes. We were told there was a minimum three-month waiting list for the program that she needed to learn the skills to manage her illness, or we could seek a private clinic and the approximate wait would be about a month.

We opted for the private clinic and it was somewhat effective, but upkeep and implementation of practices learned were difficult to maintain post treatment and costs were barely manageable.

Over the next couple of years, as her illness manifested, we were in constant search of places and programs that would help her manage her illness. Most were clinical and cold for her liking and had waiting times for months. She wanted to find somewhere, something that would help her discover how to be ok in her own way as an individual.  She wanted to be in charge of her journey but needed experienced guidance and resources.

I had heard about Stella’s Place in 2017 from an article published by CBC.  It seemed to be what she was looking for and it looked promising, to me.

On a day in 2017, Breana was in crisis and brought to the CAMH emergency department by police and ambulance.  They gave her a sedative and she was released within hours, with no recovery plan, no follow-up appointment or resources in hand.  She was willing to get help, so my mom and I returned to the E.D. with her the following morning, and were told that the program she needed to be in was not available at that time and to check on their website for further information.  (CAMH has since added a Bridging Clinic to their E.D.)

Desperate to figure out what to do next while she felt well enough to seek help, I remembered Stella’s Place so on we went.

When we walked into Stella’s Place Breana was greeted warmly with Lucia’s big beautiful smile offering us a tour – Bre smiled back and looked at me with eyes that sparkled with hope. Their model was what she had been looking for, allowing young people autonomy, to explore themselves, their treatments, their story, while providing a welcoming atmosphere and the necessary resources, including peer support.

Unfortunately we found Stella’s Place too late in Bre’s journey and at 20 years old, she would lose her battle and decide to leave us a few weeks later. I will never forget that sparkle of hope and know that Stella’s Place will continue to provide that for so many others who walk through their doors.

For the funeral we suggested family and friends donate to Stella’s Place in lieu of flowers. Enough donations came in that it earned her a dove on their donation wall.  It was an incredible outpour of love for Bre, awareness of the effects of mental illness, and support for a place that is actually making a direct difference. It was then that we decided to dedicate our time to continue to support Stella’s Place.

It’s said that grief is love with no place to go. Finding ways to support Stella’s Place, advocate for better mental health services, especially for our youth, and raising awareness is now the way I express my love for Bre. I don’t want her death or my grief to be in vain, and there is a void to fill now that she is gone. I’m leaning into the grief, and I’m not alone.

My family and friends rallied together and Team Easy Bre-ezies was formed. 15 runners including my husband, step-son, sisters & their partners, niece, nephew, step-mother, neighbours, and friends of family and friends of friends. Some taking on the 5km with injuries. Some driving in from as far as Waterloo. My cousin and her husband were in Austria at the time and ran 5km in support of our run, and posted on social media with links to my B&O run page.  And, 10 amazing volunteers including my Mom; friends that are like family, some that go as far back as when Bre was only 2 years old at daycare. Other friends met us at the finish line or sent messages of encouragement.

We’ve agreed that it will be an annual event for us and our team has already grown for next year. The run provided a new platform to express our feelings of loss, in a positive way, and our appreciation for the work Stella’s Place is doing.

New to running, I found it to be a good mindful practice, a positive distraction and another good way to fill the void. I made it my goal to train to do my best and jog the 5km without stopping. And others did the same.

My sister, Maureen, had the best description at the end of the day – cathartic.  We’re looking forward to continuing our support and running again next year! 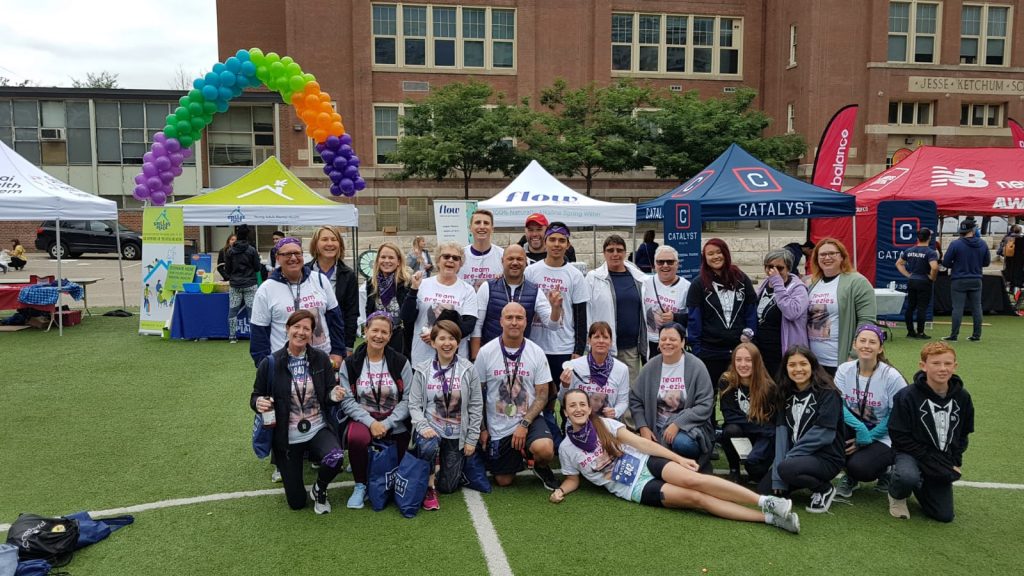